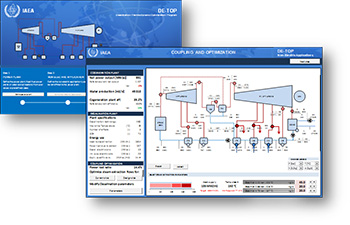 DE-TOP can be used to models the steam power cycle (Rankine cycle) of different water cooled reactors or fossil plants, and the coupling with any other non-electrical application such as desalination and district heating.